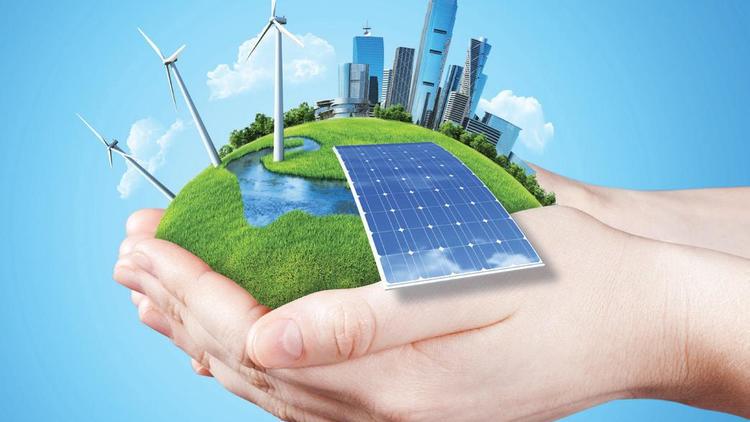 The energy crisis is the concern that the world’s demands on the limited natural resources that are used to power industrial society are diminishing as the demand rises. These natural resources are in limited supply. While they do occur naturally, it can take hundreds of thousands of years to replenish the stores.

Governments and concerned individuals are working together to make the use of Sustainable energy sources a priority and to lessen the irresponsible use of natural supplies through increased conservation. Sustainable energy can be defined as a form of energy that can be utilized again and again without putting a source in danger of getting depleted, expired, or vanished.

Projected primary energy consumption of India from 2016 to 2040

The growth of India’s energy consumption will be the fastest among all significant economies by 2040, with coal meeting most of this demand followed by renewable energy. Renewables became the second most significant source of domestic power production, overtaking gas and then oil, by 2020. The demand for renewables in India will have a tremendous growth of 256 Mtoe in 2040 from 17 Mtoe in 2016, with an annual increase of 12%, as shown in the above table.

1. Energy Security: India is heavily dependent on conventional sources of power ~ 68%. As the economy grows and residents expect a better lifestyle, energy security concerns are likely to assume greater significance. Given the intensified competition for procurement of already depleting fossil fuels and assumed price volatility, India’s trade and fiscal deficit can be put at risk, thereby impacting economic prospects of the country. This warrants measures to improve energy security by focusing on renewable energy.

2. Energy Deficit: India is an energy deficient nation, coupled with low per capita energy consumption of 883.6KwH, at the end of the 11th Five Year Plan (around one-third of the global average per capita energy consumption). As per an E&Y report, the country is witnessing a high peak deficit of 12-13% and a sustained energy shortage of 6-8%. The shortfall needs to be bridged through sustainable measures to keep the growth momentum going.

3. Abundant Renewable Supply and Potential: India has abundant untapped renewable potential. The country’s huge land mass receives one of the highest levels of sun radiations. The nation harbours an expansive coastline and high wind velocity in many areas – all providing perfect ecosystem for renewables to be tapped in.

4. Climate Change: India has adopted the National Action Plan on Climate Change (NAPCC) in 2008. It is being implemented through eight National Missions which aim at achieving sustainable development, by integrating the need for economic growth with the need to address environmental concerns. The National Solar Mission is one of the key missions under the NAPCC, towards achieving the renewable energy target of 15% share by 2020.

5. Government Support: The new government’s serious commitment to the sector is evident from the numerous initiatives and platforms delivered in a short span of time towards re-energizing the country’s clean energy ambitions. Having already reintroduced accelerated depreciation for wind projects and begun exploring the potential for more than 300GW of wind and solar developments in the country’s desert regions, requiring around US$33b of investment by 2022. Prospects are further boosted by inclusion of this sector under Make in India campaign. Critically, the Government has also launched an US$8b grid upgrade program to address a weak infrastructure that has hindered renewables development so far. The foreign investment policy has also been favourable which is likely to augur well for the sector.

6. Energy Access: As per the latest census (2011), only about 92.8 MN households in rural India have access to electricity out of the total 167.8 MN rural households. Being a distributed and scalable resource, Renewables have the capability to reach far and beyond into the remote access areas as well.

7. Increased competitiveness of RE sector: Technological advancements have led to improved conversion efficiency and lowered capital costs for RE technologies (RET). This is true largely for Solar and wind projects. The falling prices of renewable energy technologies (primarily Wind and Solar) have made them very mainstream and competitive as compared to conventional energy sources across many parts of the world, including India.

India is eyeing pole position for transformation in Sustainable energy. To achieve this target, it is quickly ramping up investments in this sector. India added more renewable capacity than conventional capacity. India hosted the ISA first official summit on 11.03.2018 for 121 countries. This will provide a standard platform to work toward the ambitious targets for renewable energy. The summit will emphasize India’s dedication to meet global engagements in a time-bound method. The country is also constructing many sizeable solar power parks comparable to, but larger than, those in China. Half of the earth’s ten biggest solar parks under development are in India.

The Government of India has come up with various incentives and policies to promote use of sustainable energy in the country. Some of the incentives may not reduce the cost of deb / capital directly, but indirectly they aid in reducing the cost by enhancing returns or reducing risks in one way or the other.

The innovative power of Blockchain and the Internet of Things (IoT) can transform the way energy is consumed. Blockchain, on its own, is a technology that establishes confidence and transparency, as data or information entered into the distributed ledger becomes tamper-proof. This feature could single-handedly eliminate the corruption factor since records of transactions, infrastructures, and investments are free from manipulations. Once corruption is out of the picture, stakeholders will certainly start getting the value for every penny invested in improving power production and distribution.

Likewise, the implementation of an IoT-enabled system through the deployment of smart electricity devices would boost the commercialization of private grids. This possibility becomes attainable with the introduction of smart metering and billing systems that would allow private homeowners to buy and sell electricity with ease. Another advantage of the IoT technology is that it will give governments a vantage point, as to how much electricity is consumed, the regions that require more or less power supply, and ways to curtail wastage.

Combining the features of these two technologies establishes a system that ensures trust, clarity, and efficiency. While IoT would generate all the data relating to the electricity generated and consumed, the blockchain will serve as the data bank where market services could permissibly access crucial data that can help them improve their offerings.

The government should allow more funds to support research and innovation activities in this sector. There are insufficiently competent personnel to train, demonstrate, maintain, and operate renewable energy structures and therefore, the institutions should be proactive in preparing the workforce. To accomplish a reliable system, it is strongly suggested that renewables must be used in a hybrid configuration of two or more resources along with conventional source and storage devices. Regulatory authorities should formulate the necessary standards and regulations for hybrid systems. Making investments economically possible with effective policies and tax incentives will result in social benefits above and beyond the economic advantages.