Sustainability in the Energy Industry - A Boon For the World Economy 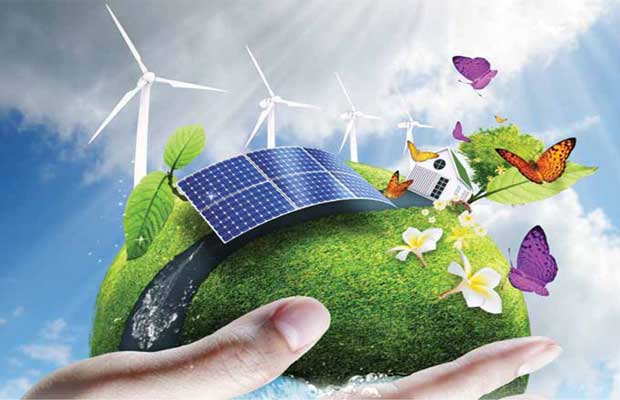 “The fundamental goal of renewable energy deployment is to promote economic development, improve energy security, increase energy access, and reduce climate change. Sustainable development can be achieved through the use of renewable energy and assuring citizens' access to inexpensive, reliable, sustainable, and contemporary energy. The government has created regulations, programmes, and a welcoming atmosphere in order to attract international investment and rapidly expand the country's renewable energy market.

Renewable energy is becoming more plentiful and less expensive. However, the rate and character of its expansion will differ significantly between markets. Getting to 90 percent decarbonization is generally technically achievable, but it can cost more in some cases.

A source of energy is a requirement for socioeconomic progress. In recent decades, the rapid economic growth of developing countries has resulted in an increase in energy consumption. This tendency is expected to continue. The investigation of appropriate environmental and economic policies requires a projection of future power usage. Similarly, a forecast of future power usage aids in determining future renewable energy investments. Energy supply and security have become critical challenges not only for human society's progress, but also for global political and economic processes.

These are remote or isolated markets (such as Hawaii) where today's power systems are expensive to operate because they import fuel and have no links to other power markets. Many have sunny weather, and lowering renewable prices indicate that these markets might achieve over 80% decarbonization, mostly by selecting the most cost-effective electricity mix.

To achieve full decarbonization, a new technology known as P2G2P (power to gas to power) would be required, in which renewables produce pure hydrogen fuel via electrolysis.

For backup power, pure hydrogen replaces fossil fuels. It's a high-priced technology for now, but the cost may be managed because it'll be used largely at the margin.

These markets have big populations, are currently heavily powered by thermal plants, and have significant load management links with other power markets. The PJM market in the United States and Germany are two examples. More wind generation and battery storage would be required to achieve 90 percent decarbonization. Carbon capture, utilisation, and storage (CCUS), which captures and stores emissions from fossil-fuel plants, would likely be required to get to 100 percent decarbonization. Although CCUS capital expenditures are substantial, their long-term use for power generation can help to mitigate them.

Baseload clean power plants, such as nuclear reactors in France and hydroelectric facilities in Brazil and the Nordic nations, make up a significant portion of these markets. Building on a zero-emissions foundation, they can choose the lowest-cost decarbonization option—in this case, wind—at little or no additional cost (by balancing renewable intermittency with base electricity) to achieve 90 percent decarbonization.

Through innovation in negative-carbon technology, these markets would likewise be well positioned to accomplish full decarbonization. The combination of their clean base and renewables would allow them to use direct air capture to offset remaining emissions from the little amount of gas-fired “peaking” capacity required (approximately 3%). (DAC). CO2 is effectively inhaled from the atmosphere and stored underground or dispatched for industrial purpose using this technology. The costs are considerable, but they would be doable if used in a narrow-cast application.

This market category includes extensive regions like California, Mexico, and portions of eastern Australia, where renewables account for only a small portion of base power now, but where there is significant room for more renewables—primarily solar and wind, but also river-based hydro—to grow. Increased solar power combined with storage, backed up by gas plants to control intermittency, appears to be the most straightforward road to a 90 percent reduction in emissions, according to our analysis. Although large-scale initiatives to link renewables to the grid may result in some inefficiencies (curtailment costs), total system costs could diminish as solar and storage costs continue to fall.

To achieve 100 percent decarbonization in these markets, overbuilding of renewables and storage would be required, which would result in higher curtailment costs as these additional assets were cycled through the system. To run the facilities, these markets would need to keep certain thermal plants, which would be powered by hydrogen via P2G2P technology. While costly, P2G2P would only be used if renewables were unable to deliver power for numerous days.

Challenge to the Sustainable Energy Industry

The present transition from fossil fuels to “green” energy - renewable energy plus storage in smart networks, with numerous electric vehicles performing grid services — is now a worldwide phenomenon. This energy transformation (or Energiewende) has become self-sustaining and self-accelerating where it is currently taking place, as well as self-replicating in a rising number of countries and regions, including poor places and distant locales that are not yet served by a power grid.

The falling cost of essential energy technology and equipment, such as wind turbines, solar panels (see image below), storage, and smart energy management systems, is the fundamental reason for this green energy surge. They no longer require the subsidies that helped them mature in the past, and they can now compete with heavily supported fossil and nuclear energy. The cost savings are the result of technology learning (Rubin et alii 2015), which is expected to continue for many years. In contrast, the costs of fossil energy tend to rise even before the full costs, which include external costs, are computed. The low-to-medium world market pricing for fossil energy commodities cannot disguise the fact that, with easy-to-access areas previously explored, these resources are becoming increasingly difficult and expensive to extract and bring to market; extraction costs are growing as prices are falling.